This chapter will introduce you to the modeling of resource objects in Plant Simulation. After completing this chapter, you will be able to:

represents a person who works at a processing station, such as SingleProc, ParallelProc, Assembly, or DismantleStation. Workers can provide different types of services and have different parameters, such as efficiency and speed, to determine their behavior.

attached to this station, which is not already occupied by another worker.

introduces Worker to the simulation. It creates the number of Worker instances with given parameters according to the creation table. Every Worker starts from the WorkerPool. They return to the WorkerPool during shift breaks and at the end of the shift, and remain in there when they do not have any work assigned. The WorkerPool also determines how workers travel between the WorkerPool and the assigned station. Workers can either move freely within the area, walk along footpaths, or teleport directly to the workplace.

connects the WorkerPool to workplaces. It is a length-oriented object, which means that the length of the footpath and the speed of the worker will be used to determine the required travel time during the simulation.

is used to model work shifts in your plant. You can define as many shifts as you need and set individual break times for each shift. You can also define exceptions for days on which no or reduced work is done in your plant, e.g. on a national holiday.

In this exercise, we will extend the previous simulation with resource objects. We want to model two types of Worker. Each will provide a different type of service and work either in the manufacturing or in the assembly area. We also want the workers to work in two shifts according to a ShiftCalendar. Similar to previous exercises, it is highly recommended that you only make changes in the frames in the folder FacilityArea in the Class Library. 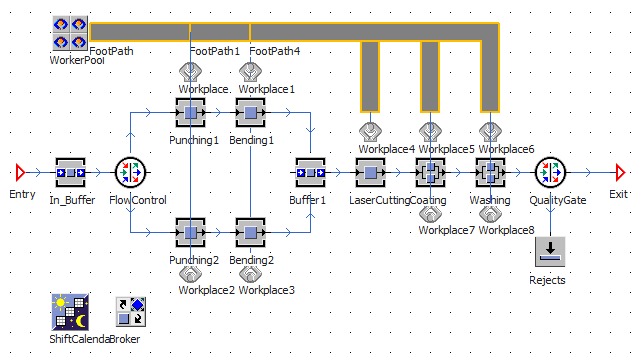 Figure 27: Importer for defining required services of a station 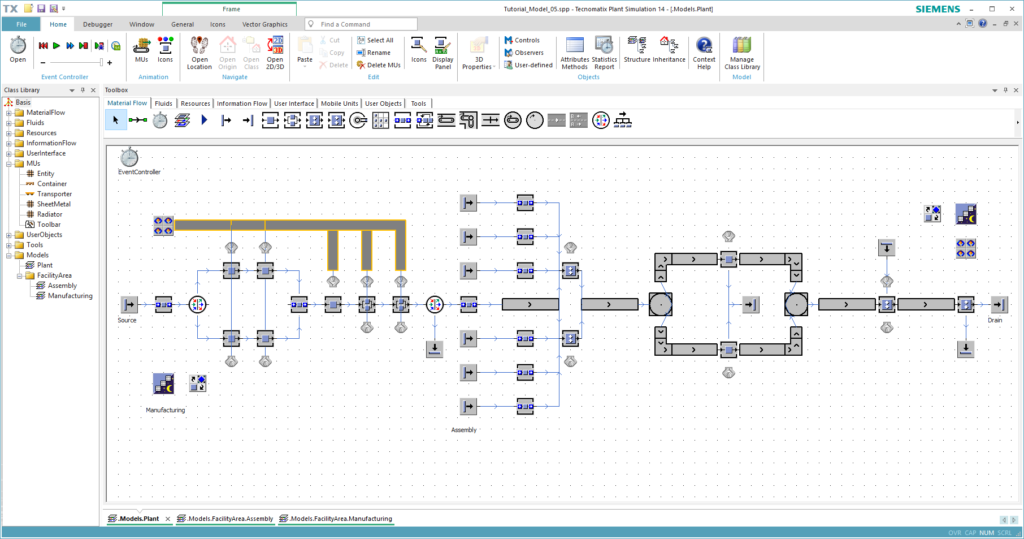 Figure 28: Final model of this chapter