This chapter will give you a short introduction to the basics of 3D modeling in Plant Simulation. After completing this chapter, you will be able to:

Plant Simulation provides a 3D Viewer to create and visualize simulation models in a three-dimensional space. When you create a new model, you can create your model directly in the 3D Viewer. Alternatively, you can also create your 2D simulation model first and activate the 3D visualization later on.

In this exercise, we will run the simulation in the 3D Viewer and exchange a material flow object in 3D. Similar to previous exercises, it is highly recommended that you only make changes in the frames in the folder FacilityArea in the Class Library. 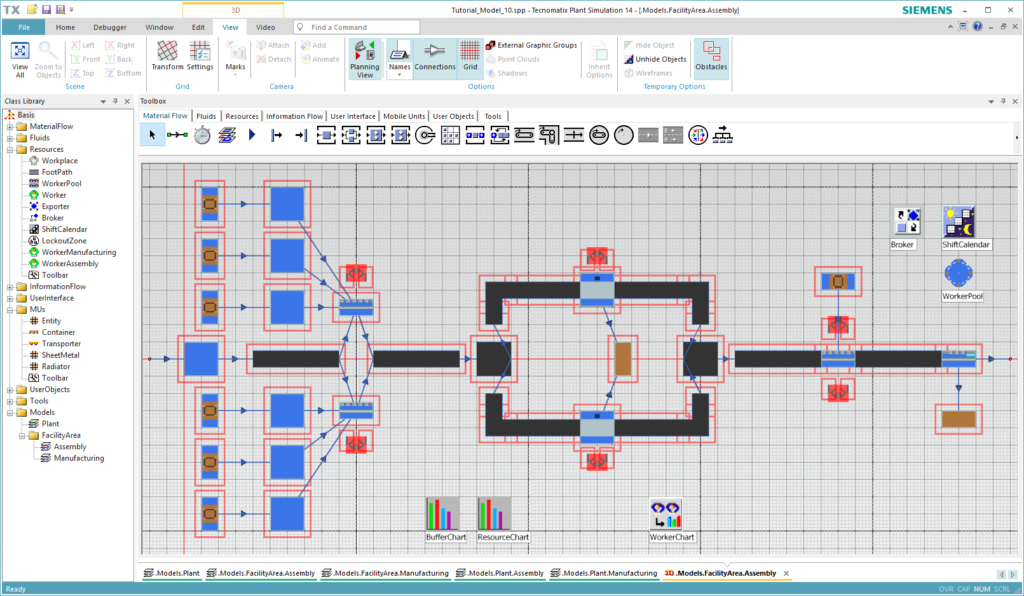 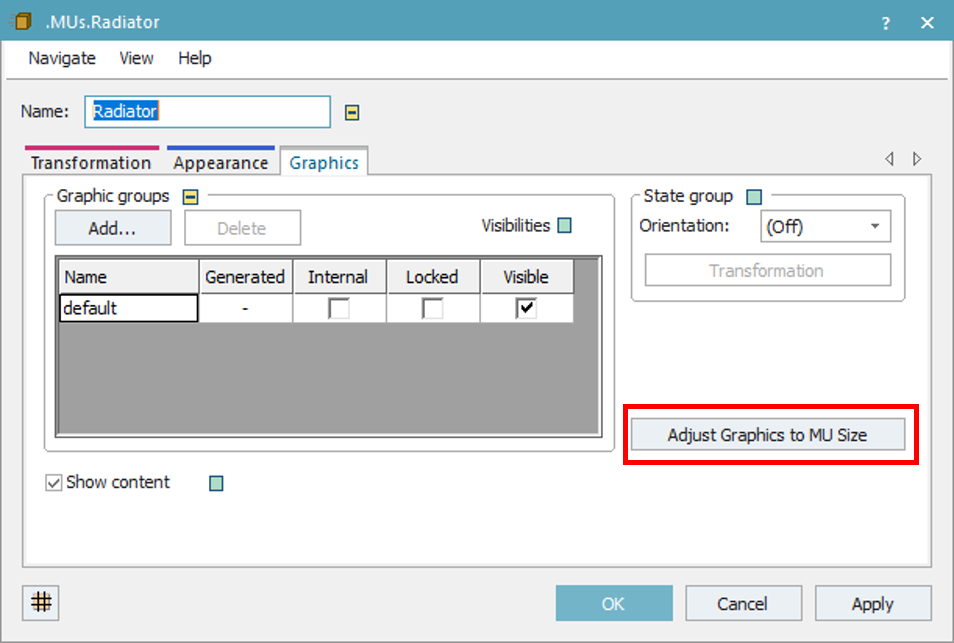 Figure 39: 3D properties of the MU 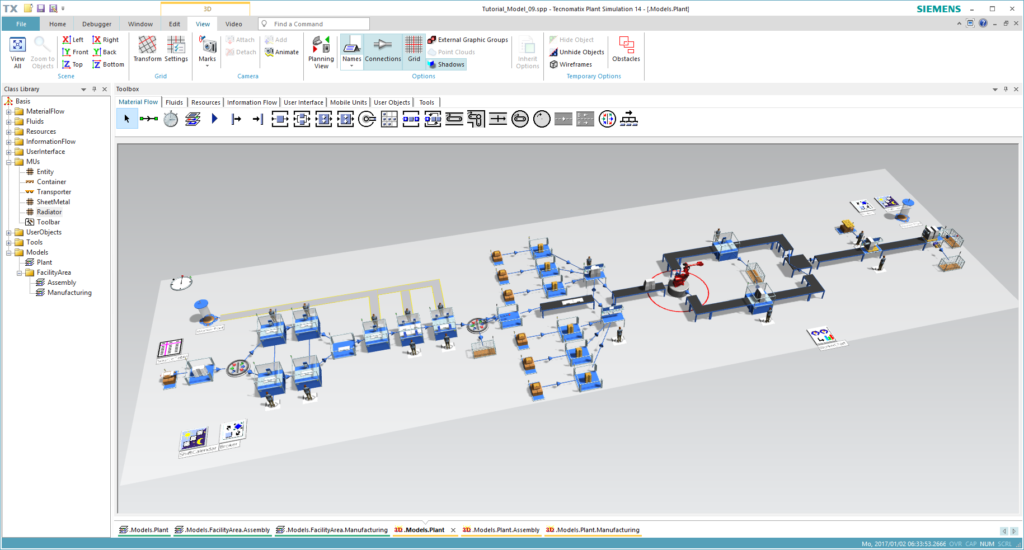 Figure 40: Final model of this chapter